What's in a mince pie?

This blog post is brought to you by Nicky Waller, one of our advisory teachers who works across the North East of England.

Mince pies are of English origin, believed to have been made to celebrate Jesus. They were traditionally oblong in shape to represent the manger that Jesus slept in as a baby and it was said to be good luck if you ate one mince pie each day during the Twelve days of Christmas.

The ingredients of a mince pie are traceable to the 13th century. Returning European crusaders brought with them Middle Eastern recipes containing meats, fruits, nuts and spices, such as cinnamon and nutmeg. Like Christmas puddings, mince pies were originally filled with actual meat, such as partridge, pheasant, rabbit, pigeon and hare.

Over time, the meat was eliminated and they became the small sweet pie we now know. The ingredients today may still be encased in suet, which is mutton or beef fat, however, the pastry is now typically made using butter and you can also find vegan alternatives.

CIEC’s Kitchen Concoctions publication includes the activity: What’s in a mince pie? to enable children to develop their understanding of mixtures and types of change, more specifically to understand that some mixtures are permanently changed into new things and others can be separated back to the original ingredients. Giving children a real mince pie to ‘deconstruct’ is a great way for them to explore and learn about this.

Is your pie just one thing or a mixture of things? cut a mince pie in half to reveal the pastry and the mincemeat filling, thus showing that it is made up of a mixture of at least two separate things. 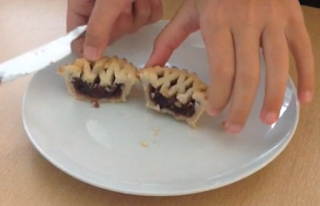 Can the mixture of pastry and mincemeat be separated? this can be done easily by scooping the mincemeat out with a spoon onto a paper towel or plate. 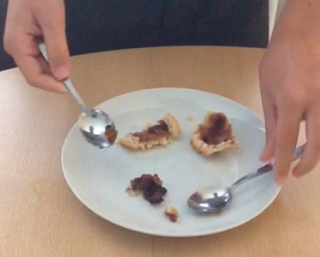 Is the pastry just one thing or a mixture of things? challenge children to separate the ingredients in pastry and discuss how they have been changed permanently with heat during baking.

Is the mincemeat just one thing or a mixture of things? separate the ingredients of mincemeat into separate piles on the paper towel or plate using cocktail sticks. A hand lens might also be useful. 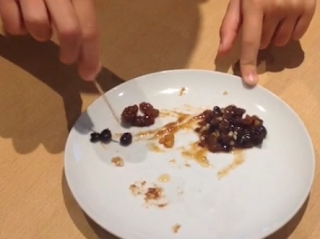 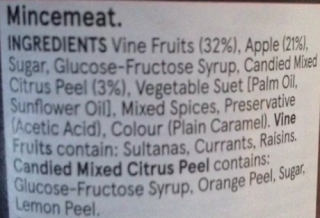 Top tip: it helps to give children a large spoon of mincemeat from an additional jar rather than the pie itself as there does not tend to be much filling in individual pies these days! You could photocopy the list of ingredients as a secondary source of information to help children to identify what they have found.

This activity is easy to resource and uses consumables that can be disposed of safely when completed. It is engaging for children to carry out individually or in pairs whilst working safely, facing forwards in the classroom.

Top tip: Jars of mincemeat can be bought from supermarkets all year round so you do not need to wait until December to try this activity. If you are struggling to find actual mince pies, you could bake them yourself, using CIEC’s accompanying activity: Baking mince pies.

Learning about separating mixtures and different types of change links perfectly with the National Curriculum for England statutory requirement for the Year 5 ‘Properties and Changes of Materials’ topic in science which states that pupils should:

There are many opportunities for children to work scientifically, such as reporting and presenting findings from enquiries in oral and written forms.

Full safety guidance is provided in the detailed teacher notes which can be found with the free resource Kitchen Concoctions. Additional COVID-secure advice can be found in the document CLEAPSS Practical Activities in a Bubble which urges schools to return to delivering a broad, balanced and full curriculum, especially for practical subjects like science, D&T, and art. This means getting back to doing hands-on activities, investigations and enquiries. Remember that using equipment is allowed because it’s essential for delivering the curriculum and to support learning in practical subjects. 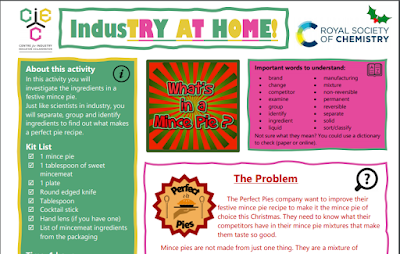 This is a lovely activity to share with families so we have produced an IndusTRY AT HOME resource that you can share.  Why don't you put a link on your school website?